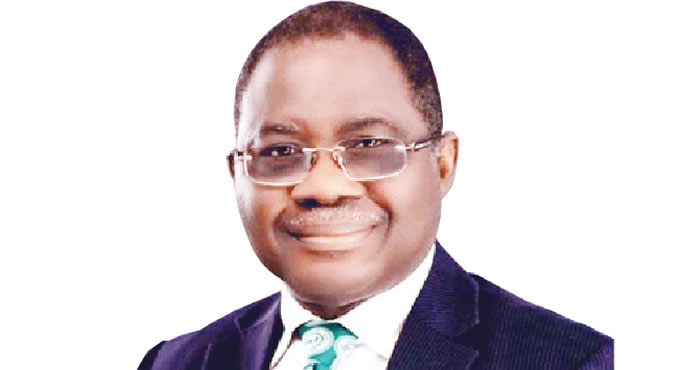 The Federal Government, on Sunday, expressed concern about the 21-day strike notice issued by the Nigerian Medical Association over the alleged failure of government to meet the demands of the striking resident doctors.

The Minister of Health, Osagie Ehanire, while responding to an inquiry by one of our correspondents on the threat by the NMA, said doctors should stop embarking on strikes at dangerous times and appealed to the resident doctors to call off their strike.

Ehanire said these as the Federal Government and the NMA disagreed on the 21-day ultimatum issued by the umbrella body of medical doctors in the country.

The NMA, in a statement on Saturday after its National Executive Council meeting in Benin, Edo State, said its affiliates, including the Medical and Dental Consultants of Nigeria, the Medical and Dental Doctors in Academics and the National Association of Resident Doctors, had resolved to commence a nationwide strike after the ultimatum.

In its statement on Saturday, the umbrella body of medical doctors noted that the Federal Government had not met the demands of resident doctors, who began a strike on August 2.

Before embarking on the strike, NARD had accused the government of failing to enrol its members on the Integrated Payroll and Personnel Information System and not paying some of its members on residency training.

Efforts by the NMA to resolve the disagreements between NARD and the government have so far failed. Also, both sides disagreed on the ruling of the industrial court, which ordered the doctors to call off the strike.

At its meeting in Benin, the NMA expressed anger about the no-work-no-pay order of the government against the resident doctors.

In an interview with The PUNCH on Sunday, the health minister said doctors should not be seen to be going on strikes at a time when the citizens were facing dangerous threats to lives.

One of our correspondents had asked him if there were plans by the health ministry to invite the NMA to forestall the looming total strike by all affiliates of the association.

Amid rising COVID-19 cases, which hit 189,715 on Saturday with 2,298 deaths, and the upsurge in cholera cases in the country, Ehanire stated in a text exchange with our correspondent, “The Ministry of Health isn’t the employer of the doctors. The Federal Government of Nigeria is and it pays doctors by a central Integrated Payroll and Personnel Information System.

“Doctors shouldn’t choose a time the citizens face such dangerous threats to lives to go on strike. I appeal to doctors again to resume duty while talks go on.”

But the National President of NARD, Uyilawa Okhuaihesuyi, in an interview with The PUNCH on Sunday, said despite the strike notice issued by the doctors, the Federal Government had yet to reach out to them.

Okhuaihesuyi told one of our correspondents that health workers usually resorted to strike as a result of the government’s failure to meet their demands.

He stated “As of now, the government has not reached out to us since the ultimatum was given by the NMA. The government pushed us into taking this decision. It is not our fault.

“Their failure to meet our demands pushed us into taking this decision. Even at that, no demand has been met.”

The Ministry of Labour and Employment, in a statement on Sunday, faulted the 21-day ultimatum given by the NMA.

The statement by the spokesman of the ministry, Charles Akpan, said the Federal Government “is religiously implementing its own side of the agreement with effective monitoring by the office of the Minister of Labour and Employment,” adding that the NMA had yet to “move a needle” on the roles assigned to it in the agreement.

Reacting to the NMA’s threat in the statement titled, ‘Labour ministry to NMA: Your 21-day ultimatum in collision with our MoA’, the government argued that the body’s position was at variance with the timeline stated in the Memorandum of Agreement.

It said, “First is that the NMA communiqué in Benin, which issued a 21-day ultimatum, is at variance with the timeline in articles II, Vii, Vii and X of the MoA.

“Importantly, Article II on the payment of the outstanding hazard allowance from the 2020 Medical Residency Training Fund states that the fund will be paid after verification and reconciliation of figures from the BOF. Till now, both NARD and the Postgraduate Medical College are yet to submit the validated application for the eligible doctors missed out in 2020 to enable this payment.

“Article Vii on the withdrawal of the circular from the Office of the Head of Service removing house and NYSC doctors from the scheme of service says, ‘The NMA should submit her position immediately to the FMOH PS for onward transmission to the Office of the Head of the Civil Service of the Federation with a view to processing and issuance of clarification circular within two months’. The NMA has yet to comply with this.”

Akpan submitted that the technical committee set up in article Vii to tackle the backlog of arrears on the government Integrated Financial Management Information System was given four weeks, effective Monday, August 31, 2021, to round off its assignment, querying if this was not a collision with the 21-day ultimatum.

He added, “Also, article X of the MoU also states that the Nigerian Medical Association should facilitate the withdrawal of suits by the Medical and Dental Doctors in Academics against the National Salaries, Income and Wages Commission and the Accountant-General of the Federation to ensure the amicable resolution of the issues. The NMA has yet to do this, yet issuing a fresh ultimatum.

“It is, therefore, clear that the 21-day ultimatum will neither assist the NMA discharge the role assigned to it in the MoA nor facilitate the faithful implementation of the timeline, which the Federal Government has given every attention.”

The government advised the NMA to play its role “as the guardian of its affiliate associations instead of descending into the arena for needless fear of impeachment.”

“It has by the communiqué issued in Benin abdicated the main role assigned to it in the August 21 MoA,” the government alleged.

In its reaction, the NMA said the Minister of Labour and Employment, Chris Ngige, could not reject its 21-day ultimatum.

The association’s General Secretary, Dr Philips Ekpe, stated this in an interview with The PUNCH in Abuja on Sunday.

According to Ekpe, the ultimatum given to the Federal Government is for the implementation of the Memorandum of Understanding and agreements signed by the two parties.

He said the association was still open to negotiations.

Ekpe stated, “We are still open for negotiations despite their rejection.

“They can’t even reject it. After all, they made promises and by now, these things should have been done.

“In fact, the 21-day notice is too much. It is like giving them the latitude to do so many things.

“They have three more weeks to actualise all the things in the MoA and MoU and you are rejecting it?

“If they don’t actualise it within that period, then they hate Nigerians, because if the resident doctors are not at work, the healthcare system will collapse.

“Can you see the healthcare system working? Don’t joke with NARD; it is a very important body. The resident doctors are the engine house of the medical profession.”

On its part, the Medical and Dental Council of Nigeria appealed to doctors outside the country to return and practise in the country so that Nigeria could meet up with the World Health Organisation’s recommendation.

The Registrar, MDCN, Dr Tajudeen Sanusi, made the call in an interview with The PUNCH on Saturday.

The MDCN, which is responsible for the registration of medical practitioners in the country, stated that the country had a total of 74,543 doctors for over 200 million residents, which gives a doctor-patient ratio of 1:3,500.

Sanusi said, “If they (doctors) must go abroad, they should go for further training and then return so that we can meet up with the WHO ratio of 1:600 doctor to population. We should also encourage them to give back to the society. If they return, it is also a form of giving back to the country.”

Rot in health sector more than what doctors are saying – JOHESU

Meanwhile, the Joint Health Sector Union has said the rot in the country’s health sector is more than what the doctors are saying.

JOHESU’s spokesman, Mr Olumide Akintayo, in an interview with one of our correspondents on Sunday, said the issue of brain drain was not peculiar to the medical profession alone.

He said, “It is obvious that we were always going to get to this point someday. For too long, government at all levels had encouraged doctors to become spoilt brats.

“The situation may get worse, because we need people, patriots in this country, to know that the rot in the health sector is more than what the physicians are saying.

“People are talking about the brain drain in the health sector; on a general note, every young Nigerian, as high as 80 per cent, want to leave the country, because the environment is too hostile for anyone to thrive. So, brain drain is not exclusive to doctors.”

Akintayo added that JOHESU might also embark on a strike action if the Federal Government failed to meet the demands of the union.

He added, “It is a bad thing to allow health workers to go on strike anywhere. There is a pending five-point demand of JOHESU and the Assembly of Healthcare Professional Associations.

“We have alerted the Federal Ministry of Health; we have reminded them about a meeting we had with them in the first week of July, where we raised those issues again. In the days ahead, we are going to review these positions of JOHESU and if it becomes necessary, we may be forced to serve the government an ultimatum.”

The President, Nigeria Weightlifting Federation (NWF), Abdul Ibrahim, has pledged that weightlifters will participate in the next Olympics in...
World