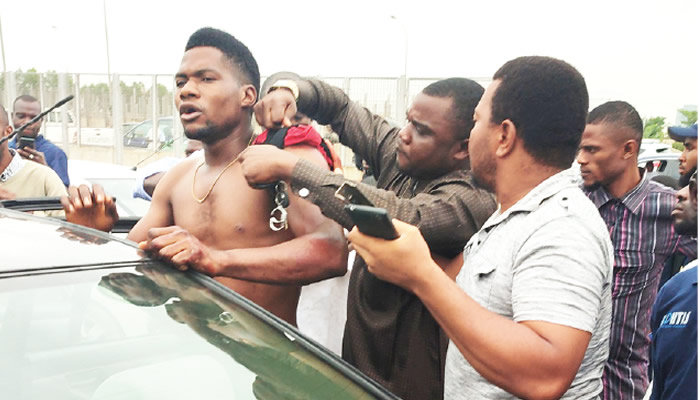 Motorists in Abuja have foiled an abduction attempt on a resident around the Magicland Park before the city gate.

The victim was said to have disembarked from his car to urinate when he was attacked by suspected kidnappers.

PUNCH Metro learnt that his wife, who was in the vehicle and saw what happened, cried out for help as her husband was whisked away by the hoodlums.

A witness, Christopher Orafa, told our correspondent that he was alerted by the alarm raised by the wife.

He added that other motorists parked their cars and gave the assailants a hot case.

Orafa said, “Yesterday (Tuesday) around 7.25am, I was going home when I saw a black car parked by the roadside. I heard a woman shouting for help. I parked and asked what was happening. She said two Fulani boys took her husband away. She said her husband came down from the vehicle to pee when he was suddenly attacked by the kidnappers.

“Before I knew it, other people parked and joined us. We went into the bush and ran after them; when they saw we were about to catch up with them, one of them brought out a dagger and cut the man. They left him behind to enable them to run faster inside the bush.

“At that point, we left them and brought him back to the roadside. We were satisfied that we rescued him.  Another person took him to a hospital.”

The Federal Capital Territory Deputy Police Public Relations Officer, Daniel Ndripaya, could not be reached for comment, as he neither responded to his calls nor a text message sent to his phone.