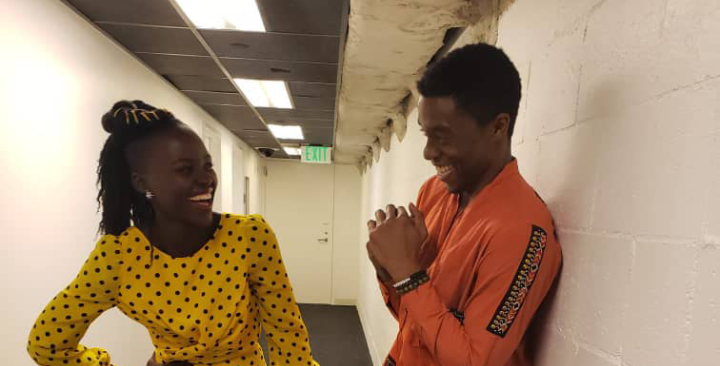 Academy award-winning actress, Lupita Nyong’o, has paid her tributes to Black Panther co-star, Chadwick Boseman on the first anniversary of his death.

Nyong’o who starred alongside the late actor as Nakia the War Dog in the 2018 blockbuster, Black Panther, took to her Twitter page on Saturday to share a picture of herself laughing with Boseman.

“I did not know that I could miss both his laughter and his silence in equal measure. I do. I do… One year after his passing, the memory of @chadwickboseman remains this alive in me,” she tweeted.

The news of Boseman’s death came as a rude shock to the world last year after his four-year private battle with cancer.

In a statement released by his family, it was disclosed that the actor was diagnosed with stage three colon cancer in 2016.

Described as “a true fighter”, Chadwick was said to have filmed several movies including Da 5 Bloods, August Wilson’s ‘Ma Rainey’s Black Bottom’ “during and between countless surgeries and chemotherapy.”

Before his death, Boseman (43) was best known for his ground breaking performance in Oscar nominated movie, ‘Black Panther’.

His last performance in Netflix’s ‘Ma Rainey’s Black Bottom’ earned him a post-humous Golden Globe award, as the Best Actor in a motion picture drama in 2021.