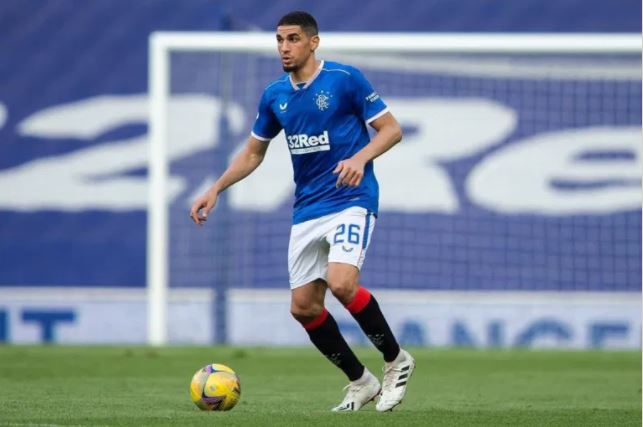 Two-time African Footballer of the Year Mohamed Salah equalised from the penalty spot in a 1-1 draw against Chelsea at the weekend to reach 99 English Premier League goals.

The Egyptian is now set to become only the second African after Ivorian Didier Drogba to score 100 or more goals in the most-watched domestic league in the world.

Drogba, who retired three years ago, netted 104 times in 254 appearances for Chelsea during two spells at the London club.

Salah netted with a spot-kick in first-half stoppage time after Chelsea defender Reece James was sent off for handling Senegal winger Sadio Mane’s effort on the goal-line. The equaliser was the 29-year-old Egyptian’s second goal of the season but he was unable to give the Reds a win against opponents who closed ranks after being reduced to 10 men.

The Gabon forward was anonymous on his first league start after recovering from Covid-19 and substituted after just 59 minutes of his troubled side’s embarrassing 5-0 defeat at Manchester City. Aubameyang once again was unable to lift his team when they needed him most after Granit Xhaka’s first-half red card.

Algeria central defender Mandi scored a spectacular own goal in the fifth minute of stoppage time which robbed Villarreal of victory at Spanish champions Atletico Madrid. Leading 2-1 with the seconds ticking away, the 29-year-old headed a terrible back-pass which wrong-footed goalkeeper Geronimo Rulli.

Nigeria striker Osimhen missed out on Napoli’s hard-fought 2-1 win at Genoa after being suspended for two matches following a straight red card in his team’s opening Serie A match against Venezia. Manager Luciano Spalletti will hope his side can cope better without the 22-year-old when they face Juventus after the international break.

Last week the 25-year-old Zimbabwe midfielder scored in a 1-1 draw against Metz. On Sunday, he was in action against Paris Saint-Germain as Lionel Messi took his first steps in French football. Reims lost 2-0 but Munetsi, once of the Orlando Pirates, thought he had equalised early in the second half only for his goal to be disallowed for offside.

Sarr is the latest young star to come through at Metz after being brought to Europe from the Generation Foot academy in Senegal, with whom the French side have a partnership. This week the 18-year-old midfielder signed a six-year deal with Tottenham Hotspur, who have agreed to pay a reported 20 million euros ($23.6 million) for his services. Sarr is staying on loan at Metz for now and played in the 2-2 Ligue 1 draw with Clermont.

The 24-year-old Nigerian has bagged five goals in all competitions this season after producing an outstanding finish in Union’s 2-1 win over Borussia Moenchengladbach. The ex-Liverpool striker showed his strength when he broke from his half, exchanged passes with Germany striker Max Kruse, and rounded goalkeeper Yann Sommer for his third goal in as many Bundesliga games.

BALOGUN – RANGERS
Leon Balogun was named man of the match after his impressive display in Rangers’ Old Firm clash against Celtic at Ibrox on Sunday.

Balogun was deployed as a right-back in the fiercely contested derby and was his side’s top performer in the game.

The Nigeria international was in action for 90 minutes in the game.

His international teammate Joe Aribo also featured for the entire duration of the encounter.