BBNaija S6: Why I couldn’t date Michael – Jackie B 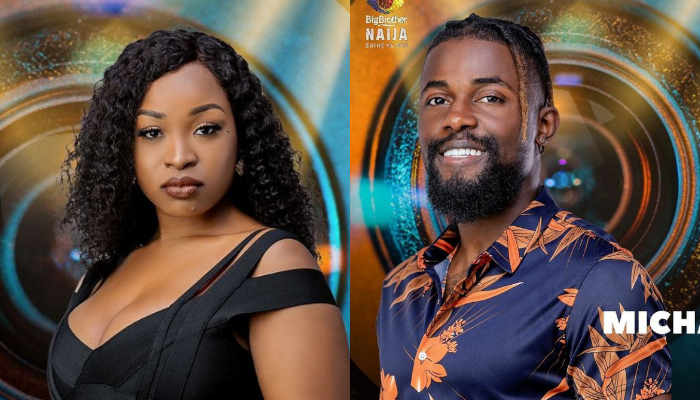 Big Brother Naija Shine Ya Eye housemate, Jackie B said that she could not date ex-housemate Michael while he was in the house because she had uncertainties.

She said this while discussing with Nini and Saga on Monday, day 44 of the show, as she told them about her unstable ‘situationship’ with Michael before he left the show on Sunday.

The 29-year-old single mum said, “He wanted me to say, ‘Yes I want to date you’ so that he would now know that we’re working towards dating. But I can’t say that.

“I can’t say that because I don’t know what’s going to happen. I’m in a point in my life. I don’t know if you understand.”

Saga agreed, saying, “You can’t just say that. Nobody can even just date you like that.”

Jackie B continued, “I keep telling him this thing. It’s not like I was trying to insult him or anything. I want to know if you handle everything I have.

“You don’t know half of the issue I come with. You have no idea. I’m at a stage in my life where I’m not trying to just sleep around or date for fun.”

She added, “I want to get married so if I’m dating somebody, it has to be something serious.”

When Michael got into the house two weeks into the show, Jackie B became so clingy to him and fans gave them the name ‘Michael Jackson’.

Though Michael is a year younger than she is, the mother-of-one had earlier said that she was attracted to him because he’s cute.

Three weeks ago, Jackie revealed that she was not in a ‘ship’ with Michael or anybody in the house.