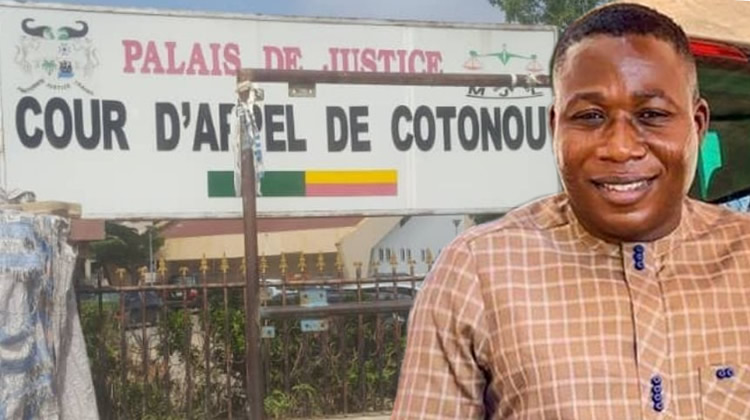 The Nigerian government has not come up with charges that could lead to the extradition of Yoruba Nation agitator, Sunday Adeyemo, popularly known as Sunday Igboho, currently detained in Benin Republic.

Lawyers to Sunday Igboho made this known after the Yoruba rights activist appeared at Cour D’Appel De Cotonou on Thursday.

According to Igboho’s lawyers, contrary to insinuations, the hearing revealed that there was no extradition agreement between Nigeria and Benin Republic.

A statement by Communications Manager, Ilana  Omo Oodua, Maxwell Adeleye, quoted the lawyers as saying that the case had been adjourned till Monday.

The lawyer also revealed that the court adjourned the case to give Nigeria more opportunity to bring evidence against the rights activist.

The PUNCH had reported that Cour D’Appel De Cotonou, Benin Republic ordered the release of Ropo, the wife of Igboho.

The government lawyer had failed to address journalists after the hearing while one of Ìgbòho’s lawyer, Yomi Aliyu (SAN), noted that “this is not the best time to say anything on the case”.

However, Igboho was returned to the custody of Brigade Criminelle in Cotonou, Benin Republic after the hearing.

The statement read, “Yesterday, the court set Mrs. Adeyemo, lgboho’s wife free since it has been found that she has committed no offence and there’s no complaints whatsoever against her. Consequently, her German passport was returned to her.

“The lawyers handling the case reported after the proceedings that Chief Sunday Adeyemo lgboho cannot be extradited to Nigeria for two principal reasons:

“That contrary to insinuations, Nigeria and Benin have no Extradition Agreement.

“That Nigeria has not been able to come up with charges that could lead the court to order lgboho’s extradition to Nigeria.

“What Nigerian Government came up with were mere allegations against Ighoho such as trafficking in arms and inciting violence that could result in the social disturbance without evidence which the Government of Benin Republic considered spurious and untenable, and insufficient to warrant extradition.

“Lastly, the case has been adjourned till Monday 26th July to allow the Nigerian Government bring up whatever evidence they may have, and Mr. lgboho has been taken back to the police custody.”

The PUNCH had earlier reported that the DSS on February 26, 2021, attempted to arrest Igboho along the Lagos-Ibadan Expressway when the activist and his supporters were on their way to meet with the 93-year-old Afenifere chieftain, Ayo Adebanjo, but pandemonium broke out and the DSS was unable to arrest him.

However, the secret police raided Igboho’s residence in the Soka area of Ibadan on July 1, 2021, arrested at least 12 of his associates and killed two others during the bloody raid.

Igboho escaped the raid and the secret police subsequently declared him wanted for allegedly stockpiling arms to destabilise Nigeria under the pretext of the Yoruba nation agitation, but Igboho denied the allegation.

The activist, who went underground, was, however, apprehended by Interpol at the Cadjèhoun Airport in Cotonou, Benin Republic on Monday night.

The PUNCH gathered that many supporters of Sunday Igboho were at the court to witness the hearing.

Some of the supporters, who did not know when the Yoruba rights activist arrived in court, rushed into the courtroom to see him.

However, they were sent out when the court proceedings started.