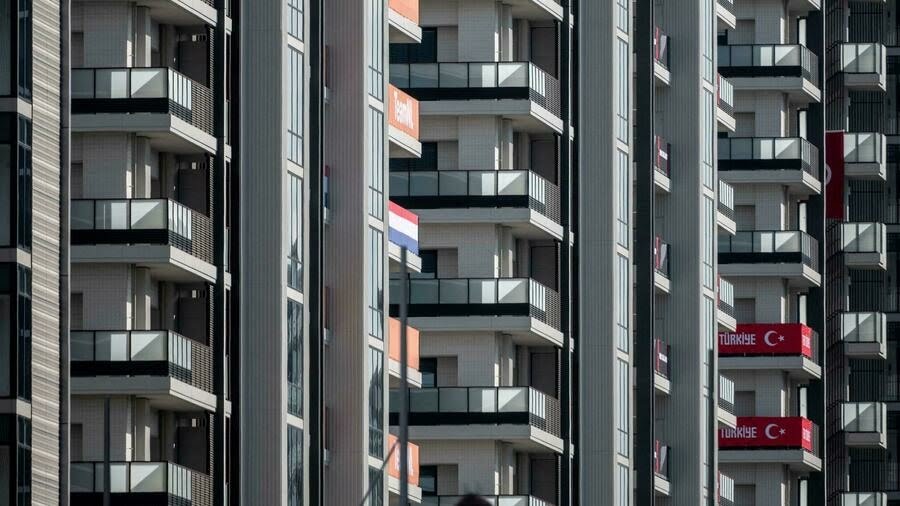 The first coronavirus case has been reported in the Tokyo Olympic Village.Philip FONG /AFP

The chief of the Tokyo Olympics tried to reassure “worried” athletes on Saturday as the Games Village was hit by its first coronavirus case, six days before the pandemic-delayed event opens.

As thousands of competitors pour into Japan for the Games, which will largely take place without spectators, the positive test for an unnamed person in the Village heightened worries over biosecurity.

About 11,000 athletes and tens of thousands of officials and media are flying in for the Games, which open on Friday in the face of widespread public concern over a possible surge in infections.

The capital remains under a coronavirus state of emergency and has in recent days recorded its highest case numbers since January.

No details were given about the positive test in the Village, one of 15 Games-related cases revealed on Saturday — the highest figure this month. Japanese media said the infected person came from abroad.

“That was the very first case in the Village that was reported during the screening test,” Masa Takaya, spokesman for the Tokyo organising committee, told a press conference.

“Right now this person is confined to a hotel,” Takaya said.

Games chief Seiko Hashimoto said she understood the concerns of athletes, who have to contend with coronavirus fears and a strict schedule of testing as well as the pressure of competing.

“Athletes who are coming to Japan are probably very worried. I understand that,” she said. “That is the reason why we need to make full disclosure.”

– ‘Important to bring excitement’ -The Olympics were postponed for a year in March last year as Covid-19 spread around the world.

Several athletes have expressed concern over conditions at the rearranged Games, which are marked by ubiquitous temperature checks, hand sanitiser and daily testing.

Organisers pledged full transparency about cases in the Village, and urged people taking part in the Games to stick by the anti-coronavirus rules.

Tokyo 2020 CEO Toshiro Muto said competitors would be tested every day “so if someone tests positive, that person will be isolated immediately whether there are any close contacts or not”.

Hashimoto added: “We are doing everything to prevent any Covid outbreaks. If we end up with an outbreak we will make sure we have a plan in place to respond.”

The Japanese public has been consistently sceptical about the Games with opinion polls showing high levels of opposition.

About 30 demonstrators chanting “Stop the Olympics” and “Protect lives before Olympics” were blocked by police as they tried to submit protest letters to International Olympic Committee president Thomas Bach as he attended talks at a luxury hotel.

Prime Minister Yoshihide Suga said he hoped the Olympics would bring excitement “even without spectators”, despite parts of Japan living under a state of emergency.

“Even without spectators, I think it is important to bring excitement… to people in Japan and the world,” he said on Nippon TV.