The Federal Government says, in line with operative conventions and laws, it will take possession of the 1,130 looted Benin bronzes being expected from Germany.

The Minister of Information and Culture, Alhaji Lai Mohammed disclosed this on Saturday in Lagos at a news conference on the efforts by the federal government to repatriate looted smuggled artefacts from around the world.

The News Agency of Nigeria (NAN) reports Mohammed was reacting to the controversy that had trailed who will take the possession of the expected artefact between the Oba of Benin, Oba Ewuare II and Edo state Governor, Godwin Obaseki.

NAN reports that while the Oba wanted the artefacts stolen from Benin Palace in 1987 to be returned to a museum to be built within the Palace premises, the governor showed preference for a private trust to take custody and manage the artefacts,

The Minister however said the federal government was the entity recognised by international law as the authority in control of antiquities originating from the country.

“The Federal Government is aware of the widely-reported controversy when on who will take possession of the Benin Bronzes when they are returned from Germany.

“Let me state clearly here that, in line with international best practice and the operative Conventions and laws, the return of the artefacts is being negotiated bilaterally between the national governments of Nigeria and Germany.

“Nigeria is the entity recognised by international law as the authority in control of antiquities originating from Nigeria.

“The relevant international Conventions treat heritage properties as properties belonging to the nation and not to individuals or subnational groups,’’ he said. 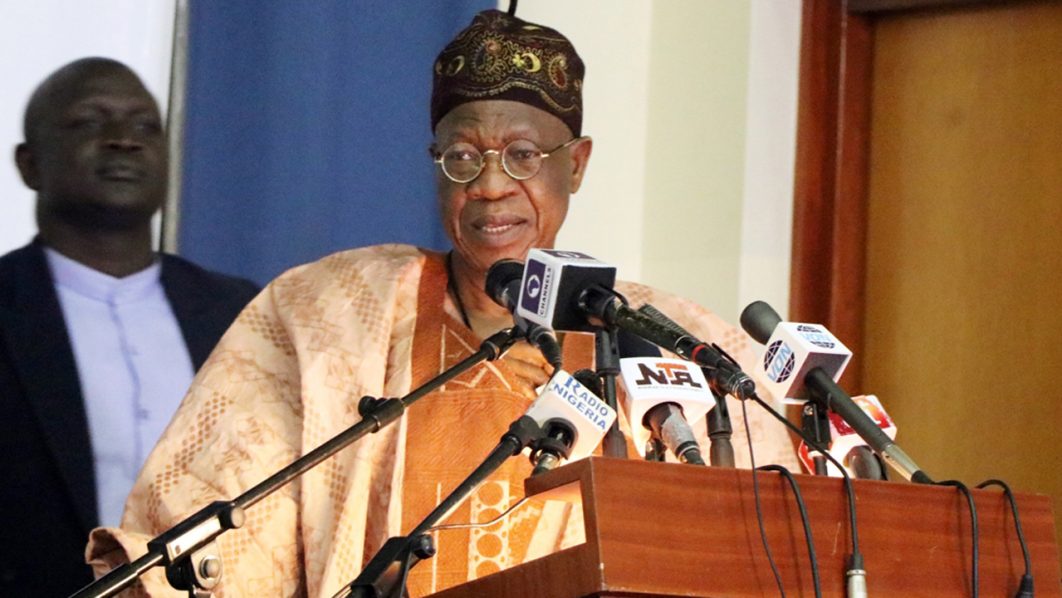 The minister cited the 1970 UNESCO Convention, in its Article 1 which defines cultural property as property specifically designated by that nation.
He said the provision allows individual nations to determine what it regards as its cultural property.

He, however noted that the provision notwithstanding, his ministry had been working over the past years to repatriate looted artefacts in partnership with traditional institutions and state governments.

“What we are saying in essence is that the federal government will take possession of these antiquities, because it is its duty to do so, in line with the extant laws.

“We have always exercised this right in cognisance of that culture that produced the art works.

“That is why the Ministry of Information and Culture and the National Commission for Museums and Monuments have always involved both the Edo State government and the Royal Benin Palace in discussions and negotiations that have now resulted in the impending return of these antiquities,’’ he said.

The minister said the federal government was not just involved in the repatriation
of Benin artefacts.

Mohammed commended the Government of Germany for taking the lead in the global efforts to repatriate all artefacts that were looted from Nigeria and from the African continent.

“As I said during the meeting in Berlin, we see Germany as a leader in the efforts to take practical steps to repatriate our stolen artefacts, and we hope Germany will sustain that lead.

He also applauded the development that the repatriation of the artefacts would be the beginning of a new vista of stronger relations and cultural diplomacy between Nigeria and Germany.

He disclosed that there would be archaeological training for Nigerians among other benefits accruing from the ongoing talks.

“The Nigerian side and the German side agreed to Nigeria’s proposal to use the repatriated artefacts and other works of art to inspire Nigeria’s Creative Industry towards realising its high potential.

“For this and other purposes, it was agreed that the Germans will facilitate the establishment of an academy in Nigeria,’’ he said.

The minister equally thanked Gov. Godwin Obaseki for his commitment as well as the Oba for sending the Benin Crown Prince, His Royal Highness Ezelekhae Ewuare, to be a part of the Nigerian delegation to Berlin.