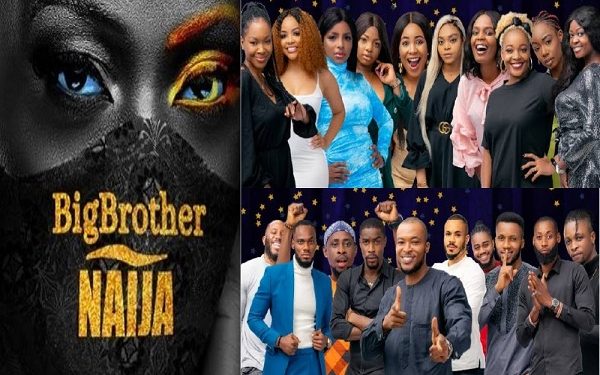 Eight housemates have so far been evicted from Big Brother Naija, season 6 which commenced July 24.

This is as more housemates are up for possible eviction today.

At present, there are now 17 housemates vying for the grand prize – N90 million worth of prizes.

The prizes include cash of N30m, cash in Abeg digital wallet, bitcoins courtesy of Patricia, a two-bedroom apartment courtesy of RevolutionPlus Property, and a top-of-the-range SUV from Nigeria’s automaker Innoson Motors and a trip for two packaged by Travelbeta.

On Sunday, August 8, 2020, Yerins, Niyi, and Beatrice were evicted after getting the lowest votes.

Then, the reality show introduced four housemates were introduced into the House – Michael, Kayvee, JMK and Queen, which made the total number of housemates increase to 23.

It was the turn of Arinola Olowoporoku, popularly known as Arin, and Francis Princess to be evicted on Sunday, August 15, 2021.

Immediately Arin was evicted, she told the organisers that she would now focus on her fashion brand, host more art shows as well as engage in some collaborations.

The 27-year-old fashion designer from Lagos state said, “I know I am very outspoken but could not change it even if I tried.”

Maria, Sammie, and JMK were evicted last week Sunday, Augst 29, amid tears from other housemates.

Maria was the eighth housemate to be evicted after Sammie and JMK.

The housemates initially put up for possible eviction last week were Coss, Maria, Pere, Sammie, Queen and JMK but three housemates were saved as they had the highest number of votes.

Other housemates were emotional due to the eviction as Michael, Pere, and Liquorose were seen crying.

Kayvee: The housemate who left due to health issues

KayVee, whose real name is Gbolahan Ololade, withdrawn from the show over health issues on Monday, August 16, 2021.

Before his withdrawal, fellow housemates had complained about his weird behaviours in the house.

Whitemoney, JMK and others suggested then that he could be battling depression and needs urgent help.