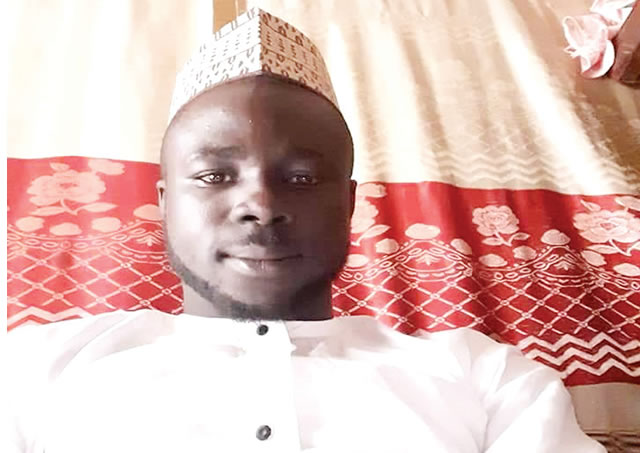 A security guard, Hamza Adams, has been killed by suspected hoodlums in the Amuwo Odofin Local Government Area of Lagos State.

PUNCH Metro gathered that Adams and his colleague, identified simply as Haruna, were eating in a room in the Agboju Market when no fewer than 20 hoodlums stormed the market and abducted them.

The hoodlums were said to have taken the men to a hideout in the Alakija area of Amuwo Odofin, where they reportedly used cutlasses to cut Adams in  the head, chest, legs and other parts of his body.

Speaking with PUNCH Metro on Thursday, Haruna said the hoodlums were sponsored by certain persons who wanted to take over a section of the market.

He said, “I don’t know why the hoodlums decided to spare my life, but they used a cutlass to injure my body before one of them, Mustapha, instructed his boys to take me away because they had nothing against me.

“Before I left, I saw them using cutlasses to cut Adams’ body. We were both inside a room in the garage of the market when they besieged the premises around 10pm and took us away on their motorcycles.

“They took us to a location around Alakija, where they started attacking us until I was released. But they held on to Adams and while I was leaving the scene of the attack, Adams’ last words to me was that if he died, Mustapha, Babale and Ahmed were responsible for his death.

“Upon my release, I quickly found my way back to Agboju and called our boss, Mrs Nonye Ukeagbu, who advised me to find a place to hide till daybreak instead of returning to the garage.”

Ukeagbu told our correspondent that after Haruna contacted her, she reported the incident to the FESTAC Police Station and the State Criminal Investigation and Intelligence Department, Yaba.

She noted that Adams’ corpse was recovered where it was dumped at a dumpsite in Alakija.

Ukeagbu said, “Adams and his colleagues were former security guards at a section in the Agboju Market until the structures were demolished by the government because the place is a swamp.

“After the demolition, Adams and his colleagues were told to secure the building materials my brother, a developer, purchased to develop the swamp.

“My brother, who had spent a lot of money sand-filling the swamp, started waiting for the approval from the local government to develop that area of the market.

“When the approval was not forthcoming, some people started giving traders approval to bring in containers to the market. This prompted my brother to bring me in to monitor the place.

“The people allowing traders to bring in containers while my brother was awaiting approval to commence development of the swampy area are behind this attack.”

Efforts to get a reaction from the state Police Public Relations Officer, CSP Adekunle Ajisebutu, proved abortive, as he did not respond to his calls and a text message sent to his mobile phone as of the time this report was filed.