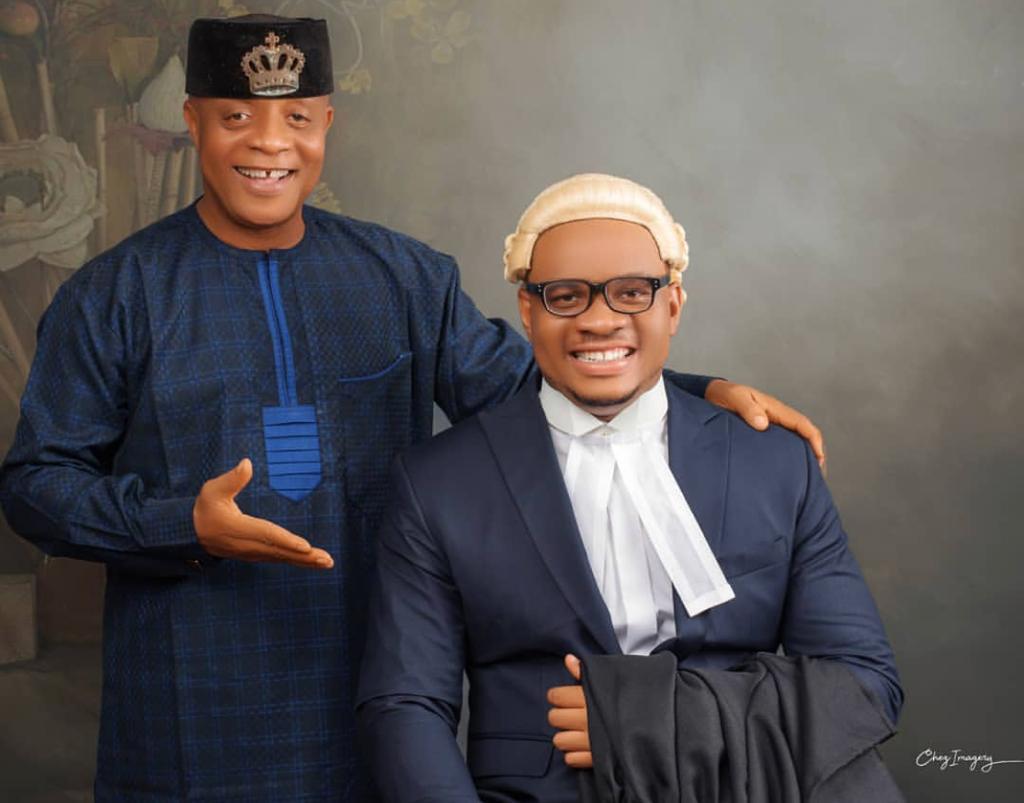 Legendary Nigerian singer, Bright Chimezie, is ecstatic at the moment as one of his sons has graduated from law school.

Taking to his Facebook account, the veteran singer wrote, “Today I celebrate my son, confidant, friend and legal adviser, Barrister Chukwudi B. Chimezie Esq. LLB; as he is being sworn in as a Barrister and Solicitor of the Supreme Court of Nigeria on the 29th of July, 2021. Son, you dreamt, prayed and worked for it and God finally crowned your efforts. Keep dreaming and the sky will definitely be your starting point. To God be the glory.”

The veteran singer was born on October 1, 1960, and hails from Abia State. His music style became known as Zigima Sound — a genre which became popular in the Eastern part of Nigeria in the early 1980s.

The genre is a mix of traditional Nigerian music and Igbo highlife infused with chanted vocals. Bright Chimezie used it to revolutionise the musical structure in Nigeria with lyrics that focused on the social issues of the country in a rather funny way.

He made songs like ‘Ube Nwanne’, ‘because of English’, ‘African style’, among others. His album, Respect Africa, brought him to the limelight as he used these songs to ridicule problems in society.

Chimezie is also known for his dance steps, popularly known as legwork. His stylish way of mixing excellent steps and a warning chant gave him the title ‘ the duke of African music.