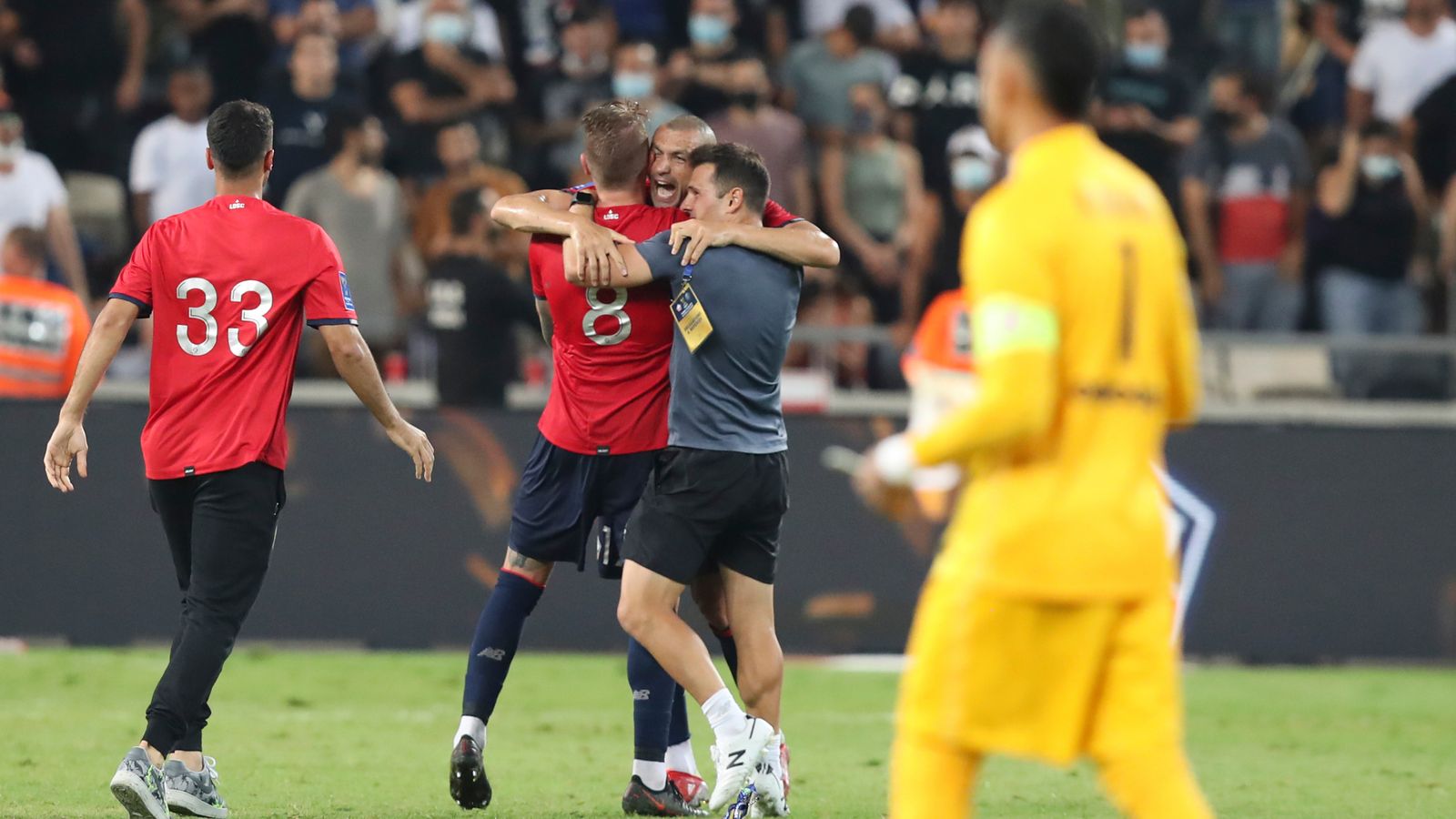 Xeka’s first-half thunderbolt was enough to inflict defeat on PSG, who were pipped to the domestic title by Lille last campaign by a solitary point.

Pochettino was without star forwards Kylian Mbappe and Neymar but still managed to field a relatively experienced side with Achraf Hakimi, Ander Herrera and Mauro Icardi selected in the starting line-up.

PSG had won the Trophee des Champions – the contest between the Ligue 1 champions and the winners of the Coupe de France – for the past eight seasons, but they fell short at the Bloomfield Stadium in Tel Aviv, Israel.

Julian Draxler and Burak Yilmaz both had early openings before it was the veteran Turk was involved in the decisive moment.

Lille changed their manager in the close season with Christophe Galtier replaced by former Guingamp boss Jocelyn Gourvennec but they laid down a marker ahead of the new campaign as Xeka collected Yilmaz’s pass and drilled a rising strike beyond Keylor Navas on the stroke of half time.

Georginio Wijnaldum was a second-half substitute for PSG and the Dutchman almost had an immediate impact when he set up Icardi but the former Inter Milan striker’s finish was ruled out for offside.

Lille goalkeeper Leo Jardim helped weather a late storm as Lille celebrated their first success in the competition following defeats in 1955 and 2011.