A Nigerian, Patrick Ocheja and his team have won the Japan Hackathon competition.

Ocheja announced this on February 8, a day after the hackathon ended.

His team presented an idea called Ubuntu Hub, which would help to give offline access to online education in a near real-time manner.

There is an increasing number of edtech solutions that help people learn online in Africa.

However, the number of people that have access to broadband in rural communities is still low. 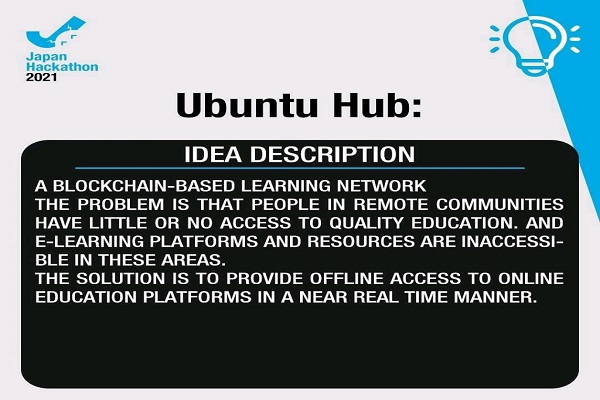 Other members of the Ubuntu Hub team include Regina Ochonu, Grace Kagho, Patrick Ocheja and Panji Gemilang from Asia.

The team hopes its idea will, in due time, help users access online educational content without necessarily requiring a connection to the internet.

The project is not designed to replace the internet instead it will bring the internet to underserved/unconnected regions and people.

The Japan Hackathon is a 52-hour international event that gathers designers, developers, business developers, project managers, innovators, students and entrepreneurs around the world to solve problems people face in their communities by using advanced technologies

While the hackathon was going on, all four teammates were mentored by experts in business development, design thinking and innovation and machine learning.

As a result of the mentoring received from the experts, Ocheja and his team were able to transform their idea into a viable product that eventually won the Japan Hackathon.

Twelve teams participated in the hackathon while only three emerged winners.

All of them pitched ideas that provide solutions ranging from better vaccination and vaccine tracking to fire-fighting robots, helping parents and schools get the right social-distancing layout for kid’s playroom and auto part and car service maintenance platform. 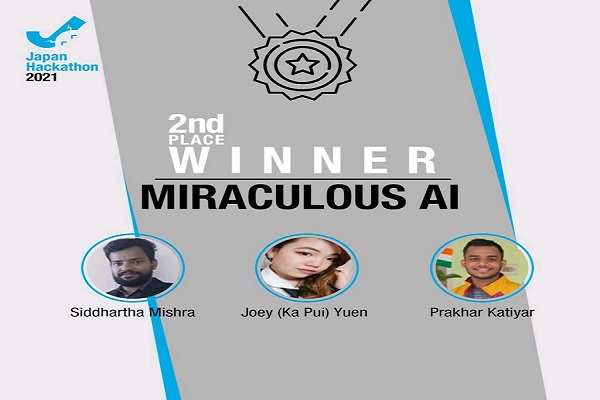 Of all the ideas, Ubuntu Hub took the first place, Miraculous AI came second and Nadi Surya was the third overall-best idea.

Our plane not involved in any accident – Overland Airways