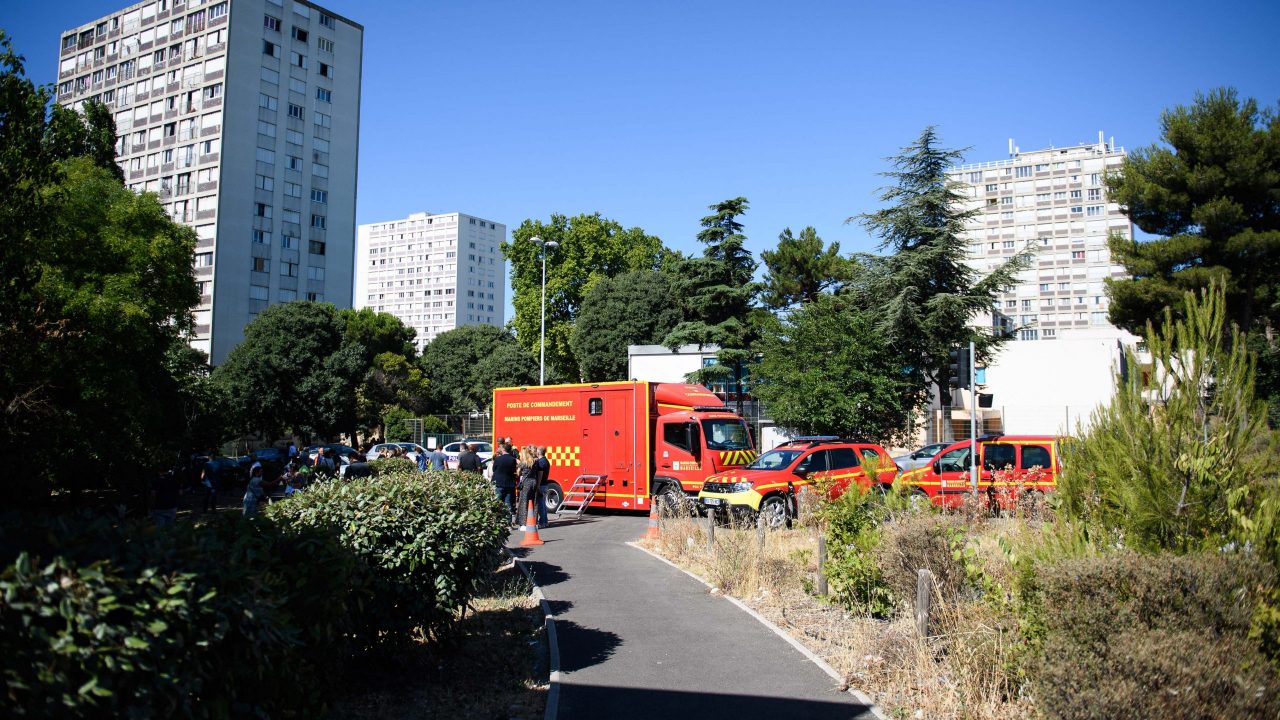 Firefighters of the Marseille Naval Fire Battalion (Marins-Pompiers de Marseille) stand near buildings after three people perished in a fire in a building partly squatted, in ‘Les Flamants’, a deprived district of Marseille, southern France, on July 17, 2021. (Photo by CLEMENT MAHOUDEAU / AFP)

Three men died in the French southern city of Marseille on Saturday when a fire broke out in a public housing building where they were squatting, officials said.

A two-year-old and an adult were also seriously hurt in the fire at the building, where migrants from Nigeria are known to squat, a judicial source said, adding that the three men who died were undocumented migrants.

Marseille prosecutor Dominique Laurens said there was evidence of “at least two start points for the fire, one on the sixth floor and one in the stairwell”, suggesting the blaze was started deliberately.

The three dead men, all Nigerians aged 20 to 30, were among five people who leapt from the windows of the burning 10-storey building, suggesting “total panic” at the sight of the burning stairwell, Laurens said.

Knotted sheets still hanging from some windows later Saturday were a sign of just how desperate inhabitants had become on noticing the fire, while some locals gathered outside angrily recounted tensions between squatters and drug dealers in the block.

“The dealers terrify us. They have weapons. They stop us sleeping,” 30-year-old Azeke Endurance told AFP outside the apartment building.

“There is a notorious (drug) dealing point here and there are tensions between the residents and the traffickers,” police chief Frederique Camilleri told AFP, while prosecutor Laurens said price lists for different drugs were scrawled on the walls in the stairwell.

Marseille city hall said late Saturday that 91 people including 28 women and 27 children were being put up temporarily in gymnasiums.

The building owner, 13 Habitat which manages a chain of public housing in the region, said that the building was on a list to eventually be demolished.

“If the cause of the fire has yet to be determined… what is clear is that the unliveable situation of the squatters here and elsewhere in Marseille’s public housing blocs creates a dangerous situation and serious risks” for everyone, said Samia Ghali, Marseille deputy mayor.

Marseille politicians faced accusations of ignoring warnings about unsafe housing in 2018, when eight people were killed when two buildings collapsed in the centre of the port city.