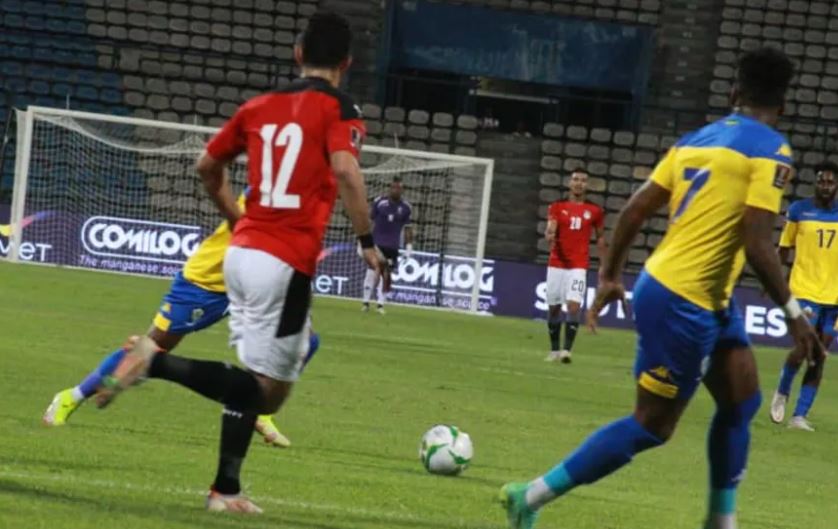 Mostafa Mohamed scored in the final minute to snatch a 1-1 World Cup Group F qualifying draw for 10-man Egypt in Gabon on Sunday after Jim Allevinah had put the dominant hosts ahead.

Billed as a showdown between high-profile English Premier League forwards Pierre-Emerick Aubameyang of Gabon and Mohamed Salah of Egypt, the stars had to take back seats as two substitutes netted.

All the drama came in the final 19 minutes in Franceville, starting with a red card for Egypt midfielder Omar Gaber after being yellow-carded twice.

Allevinah put Gabon ahead two minutes later, beating goalkeeper Mohamed el Shenawy from inside the box after the visitors failed to clear a free-kick.

Egypt coach Hossam el Badry reacted to falling behind by introducing Mohamed 13 minutes from time and the Galatasaray forward nodded in a dramatic equaliser after his chip was parried.

Salah missed a win over Angola last Wednesday because Egypt is on the United Kingdom coronavirus “red list” and he would have been forced to quarantine for 10 days on his return had he gone to Cairo.

Meanwhile, Namibia went top of Group H with a surprise 1-0 away victory over Togo thanks to a spectacular second-half goal by Elmo Kambindu.

After coming off the bench in a 1-1 draw with Congo Brazzaville three days ago, Kambindu was promoted to the starting line-up by coach Bobby Samaria for the match in Lome.

The change paid off eight minutes into the second half when Kambindu scored with a bicycle kick after Deon Hotto floated a free-kick into a crowded goalmouth.

Namibia have four points from two matches, one more than Sadio Mane-inspired Senegal, who will regain first place if they avoid losing in Congo on Monday.