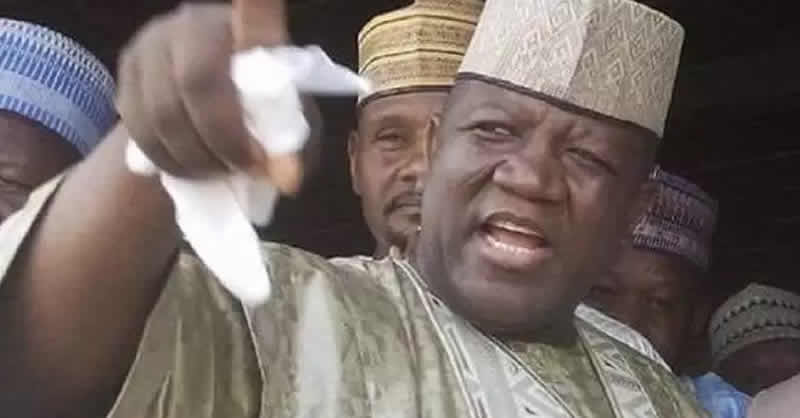 Yari, who addressed APC supporters from Zamfara Central Zone at his residence in Talata-Mafara on Friday, cautioned the incumbent Governor, Bello Matawalle, to be careful about political sycophants who may lead him astray because of their personal interests

The ex-governor, however, called on APC members in the state to remain calm and united, saying, “We will reclaim the state, come 2023. Some people were saying I would leave the APC. That is their own speculation. I was one of the 10 founding fathers of the APC. I will not leave the party, no matter what.

“Anybody who says I will defect to another party has a hidden agenda. I will not build a party and leave it. We will try to correct our past mistake to recapture the state.

He called on Buni to correct what he described as the mistake in Zamfara, insisting that the state voted for Major General Muhammadu Buhari (retd) as President twice.

Yari said, “Yarima did all he could to convince me to join the PDP but I refused to do so. I was part of Buhari’s success. I am calling on Matawalle to be careful with political sycophants who wanted to mislead him.

“If you follow Yarima, he will surely lead you astray. We welcome you to the APC and we will help you to succeed if you want to work with us. N1.7bn was given to Yarima and others before the convention for the merger took place.”

He alleged that there were several political sycophants surrounding the governor whose intentions were centred on self-aggrandisement.

“I am calling on Governor Matawalle to be careful with some politicians who are close to him, pretending that they are there to help him succeed. Most of them are there for selfish interests,” Yari said.

The former governor insisted that he had no grudge against Matawalle’s defection to the APC, saying the only “mistake” his successor made was joining the party from Abuja.

“When I heard that he was going to defect to our party, I thought that he would look for us to show him the way forward. But unfortunately, he was misled by somebody in Abuja who would want to use the opportunity for personal reasons,” Yari said.

He stated that he was one of the founding fathers of the APC, adding that nobody would hijack the party from him no matter what.

Yari, who admitted that he had made mistakes in the 2019 general elections, said, “We will try to correct our past mistake to recapture the state.”